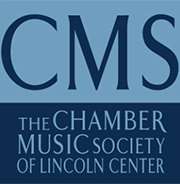 The Chamber Music Society of Lincoln Center’s 2016-2017 radio series season features 52 one hour programs drawn from live performances. The programs are hosted by Elliott Forrest, and include commentary from CMS Co-Artistic Director David Finckel and the performers. The CMS radio series is syndicated by the WFMT Radio Network, and heard by over six million listeners on more than sixty commercial and non-commercial stations across the U.S.

Programs are posted in the Watch & Listen section of the CMS website on the Wednesday following their original broadcast.

CMS presents annual series of concerts and educational events for listeners ranging from connoisseurs to chamber music newcomers of all ages. Performing repertoire from over three centuries, and numerous premieres by living composers, CMS offers programs curated to provide listeners a comprehensive perspective on the art of chamber music. 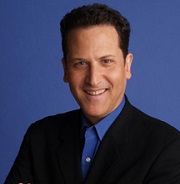 Elliott Forrest is a Peabody Award winning Broadcaster and Producer.

He can now be heard on 105.9 FM WQXR and WNYC in New York. He is heard nationally as the radio host of the syndicated concerts from The Chamber Music Society of Lincoln Center. For WQXR he produced and hosted, THE WQXR CLASSICAL COMEDY CONTEST at Carolines on Broadway, which was also shot for WNET Ch. 13 in NY. Hosts the national broadcasts of SPRING FOR MUSIC live from Carnegie Hall, where he has appeared more than 50 times.

During 1995 Elliott co-hosted the nationally syndicated talk show, The Late Late Radio Show with Tom Snyder and Elliott Forrest, for the CBS Network Radio (1995). The show featured one-on-one celebrity interviews and nightly conversations between Tom and Elliott. As for his part of the show, Elliott interviewed hundreds of people included Christopher Reeve, Richard Pryor, John Cleese, Shirley MacLaine, Peter Arnett, Bill Mahar, Larry King, Garrison Keillor, Garry Shandling, Elvis Costello, Peter Ustinov, members of the rock groups The Moody Blues, Chicago, Fleetwood Mac, among others. On working with Mr. Snyder, Elliott considers it a high point in his career "to have talked over the daily news events and the everyday events of life with one of this country's legendary broadcasters."

From 1986 to 1993, Elliott was morning drive-time host on WNCN-FM, a New York City station. He broadcast special events from The United Nations and Carnegie Hall (co-hosting with Peter Jennings).

Producer/Director
His first radio job was in his hometown of Midland, Texas on KNFM. He went on to work at Kansas City's KXTR-FM, (where he was also Program Director); WEVD, NY; and WKJY, Long Island. He produces projections, lighting and theatrical elements for major orchestras around the country including the Los Angeles Philharmonic, The Philadelphia Orchestra, The Atlanta Symphony, The Pasadena Pops and the Little Orchestra Society in NY. You can some of the latest concerts at www.SymphonicSpectacular.com.

At Lincoln Center: Music Takes Flight with Sigourney Weaver, a 200th Birthday Celebration with James Earl Jones and at THE TOWN HALL in New York City's Times Square for the 60th Anniversary Concert of The Little Orchestra Society.

He directed a concert version of Act III of Wagner's Gotterdammerung at The Hollywood Bowl with John Mauceri conducting The Los Angeles Philharmonic on July 10th, 2005. Elliott has his own production company, Forrest Productions, LLC. In an exclusive licensing arrangement, he acquired the radio rights to A&E's signature television series, Biography® and produced Biography® for Radio which was heard all across the US and Canada. Over 700 episodes were produced.

Elliott is the Artistic Director of the new ArtsRock in Rockland County, NY, producing and presenting concerts, events and series of programs.

For two years Elliott was the Musical Curator and host of the Resonating Light series of classical chamber concerts at The Rubin Museum.

Along with partner, Broadway Producer Don Frantz, Elliott is co-producing WALKIN' BROADWAYTM the first audio-walking tour of Broadway and Times Square. Tourists and theater lovers stroll from theater to theater and hear stories from Broadway stars and artists and hear music from shows past and present.

He has Produced and Directed plays, musicals and events in Texas, Kansas City and New York.

Television
THAT'S CLASSIC, the WQXR CLASSICAL COMEDY CONTEST appeared on WNET CH. 13 and WLIW21. In 2013 & 2007 he co-hosted the GREAT MOMENTS AT THE MET, a national television special and in 2008 "The Jewish Americans".

For more than 12 years he was with the A&E Television Network as host of Breakfast with the Arts. He was nominated for an Emmy in 2002 and 2005. The show featured segments on movies, Broadway, rock, jazz, world and classical music, in studio performances and extensive interviews with guests.

In 2006 he co-hosted the Metropolitan Opera's Gala for Joseph Volpe seen on PBS and heard on national radio. In March of 2005 he hosted for PBS "Your Money, Your Children, Your Life" on WNET, Thirteen in New York.

For more than five years Elliott was the "voice" of programs and specials on CNN. He voiced the opening segments on CNN for the 2000 Presidential debates, Vice Presidential debates, Election Night Coverage, the Bush Inauguration and The Attacks on America. He voiced the CNN series: CONNIE CHUNG TONIGHT, Live from..., The Point, Newsstand, and Impact.

A popular voice over artist, he has recorded national and regional commercials, documentaries, industrials and several onboard programs for airlines. Recent voice over work includes narrations for HBO's G-String Divas and Heir to an Execution.

Elliott hosted the national telecast of The 3 Tenors Concert live from Giants Stadium on July 20, 1996, which was repeated on PBS.

Consulting
Overlapping his broadcasting work he has been a media trainer, presentation coach and lecturer. Working first in New York with Carl Byoir and Associates, then Hill & Knowlton Public Relations he then went on to consult with Virgil Scudder and Associates, one of the top media training companies in the world. For the past 15 years he has prepared CEOs, managers, sports figures, doctors, authors, rock stars, celebrities and politicians on how to deal with the media, be on radio and television, handle crisis situations and give press conferences. Both individually and in large groups he has instructed people on how to enhance their presentation skills. From New York to Toronto to Marrakesh he has lectured or coached men and woman from such fields as entertainment, education, health, finance, technology and international trade.

Host/Personal Appearances
Over the years, Elliott has been a host, moderator, guest speaker and lecturer for scores of events, shows and galas. He hosts the regular concerts on stage of the SPRING FOR MUSIC festival at Carnegie Hall. In December of 2005 he moderated a panel in Las Vegas in front of an audience of thousands on Deep Vain Thrombosis for a major pharmaceutical company. And in January of 2006 he hosted the opening concerts of the new Globe-News Center for the Performing Arts in Amarillo, TX.

Originally from Texas, Elliott received a Bachelor of Arts in Drama from the University of Texas in Austin. He lives just outside New York City with his wife and two children. He is on the board of The New York Youth Symphony.