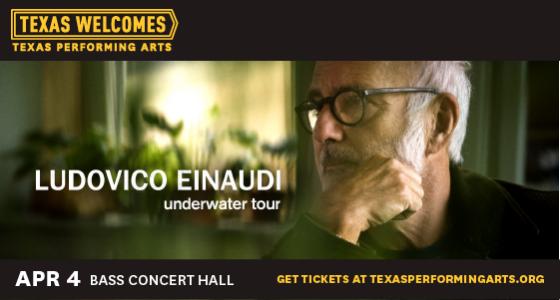 The most streamed classical artist of all time, Ludovico Einaudi returns to Bass Concert Hall fresh from his recent triumphs composing the scores to acclaimed films The Father and six-time Oscar-winner Nomadland. Witness the famed pianist LIVE performing works from Underwater, his first new solo album in 20 years. Born in lockdown, Underwater displays the virtuoso’s unmistakable sound in its purest and most intimate form: just Einaudi and his piano.