Beyond August Productions: The Outsider 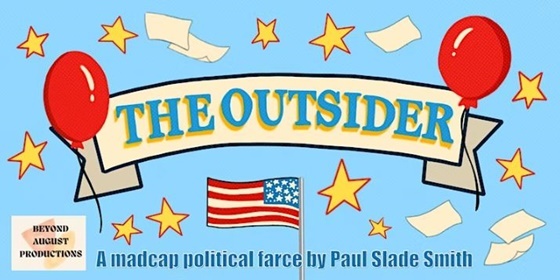 The Outsider is a razor-sharp satire of the often-confounding system of modern American politics. Amongst a political scandal, Lieutenantt Governor Ned Newley, a bumbling wallflower with a paralyzing fear of public speaking, suddenly finds himself thrust into the Governor's chair. Though Ned seems destined to fail in his new role, his political consultants believe that his obvious shortcomings may prove to be his ticket to widespread popularity.

If you’re feeling overwhelmed by today’s headlines, this nonpartisan laugh-out-loud farce is just the night out you need!