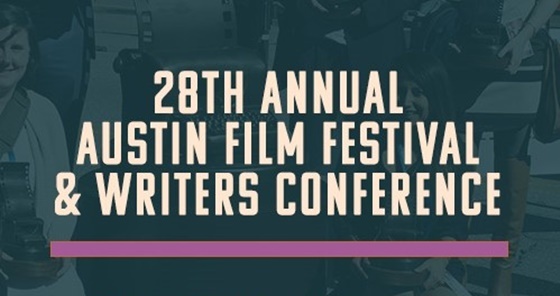 Admit it. Writers are sexy. Writers are dope. Writers buy pain and sell it as hope. And that, my friend, is how all stories find a heartbeat. Want to know more about how that formula works? Well, the Austin Film Festival & Writers Conference will get you as close as you’ll ever get to that process, and the writers who do it best. Great movies, great television, great theater – it all begins with words and stories and the people who write them. And the AFF Writers Conference is where they all gather. And guess what – they share! It’s the greatest Festival ever if you want to be a screenwriter, a TV writer, a playwright, or a podcaster.

For 28 years now AFF has fired up its spotlight and pointed it directly where the Hollywood sun don’t always shine – the writer. It offers hundreds of films, TV premieres, and informative panels that will inspire you to the max and help you boost your own ideas. And there are parties and spirits galore in which to enhance or drown any emotion or reaction that manifests itself in you. Not to mention a ton of networking with other writers and filmmakers. (Yes, including the famous ones.) These opportunities are what make it all worthwhile and achievable when the circus leaves town. You’ll take home priceless knowledge and insight, and maybe even a few leads.

Barbara Morgan and Marsha Milam founded Austin Film Festival in 1993 to celebrate the art of storytelling through film. Known as the “Writers Festival,” AFF recognizes the writer as the core of the creative process in filmmaking. Diligently seeking strong examples of written and visual storytelling, AFF screens the highest caliber narrative, documentary and animated films. With over 150 regional, national and world premieres each year, AFF features everything from highly anticipated Hollywood fare to breakthrough independent filmmaking.