Austin Opera: The Marriage of Figaro

THE MARRIAGE OF FIGARO 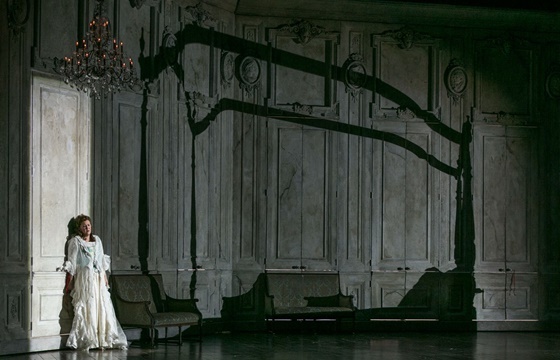 Austin Opera will present Mozart’s The Marriage of Figaro November 6-14 at the Long Center.

This inventive and stylish period production from Lyric Opera of Kansas City tells an upstairs/downstairs story of love, lust, seduction, infidelity, and—ultimately—forgiveness, all set to some of the most sublime and memorable music ever written.

An all-star cast is led by rising star soprano and Austin native Elena Villalón, who makes her hometown debut as the wily Susanna. The cast also includes Caitlin Lynch in her Austin Opera debut as the Countess, a role she has performed at the Metropolitan Opera; Christian Zaremba, who was last seen in Austin’s 2019 Silent Night, in his role debut as Figaro; Michael Adams making his Austin Opera and role debuts as the Count; Lindsay Metzger as Cherubino and Alissa Anderson as Marcellina in their Austin Opera debuts; and Austin favorites Matthew Treviño as Doctor Bartolo and Kathryn Grumley as Barbarina. The Austin Opera Orchestra will be conducted by Timothy Myers, the Sarah and Ernest Butler Principal Conductor & Artistic Advisor. E. Loren Meeker, the General & Artistic Director of OPERA San Antonio, makes her company debut as the production’s director.

Please note: A negative Covid-19 test within 72 hours or voluntary proof of vaccination presented at the venue is currently required to attend performances. For full COVID-19 attendance protocols click here.

Click on the date and time of the performance you wish to purchase:

Originally founded in May 1986 as Austin Lyric Opera, the city’s first professional opera company, Austin Opera has become a cultural touchstone for the fine arts community in the Central Texas region and has gained national acclaim as a producer of great opera. Co-founders Joseph McClain and the late Dr. Walter Ducloux envisioned a dynamic company that would enrich, entertain, and educate the community. In January 1987, the sold-out inaugural production of Mozart’s “The Magic Flute” debuted to rave reviews. “One could not hope for a more polished first showing,” praised an Austin critic.

Austin Opera is committed to producing and promoting outstanding opera that will entertain, enrich and educate the central Texas community.  Austin Opera is a cultural destination for the community that delivers an extraordinary experience; a creative environment that challenges the misconceptions of the art form; enables lifelong learning, and celebrates the diversity that makes Austin unique.