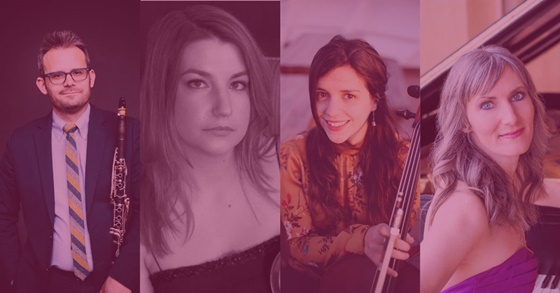 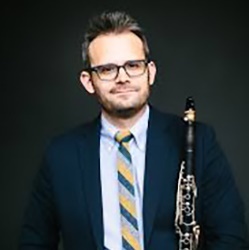 James Shields joined the Oregon Symphony as Principal Clarinet in the autumn of 2016. Before relocating to Portland, James served as principal clarinet of the Canadian Opera Company in Toronto, as well as the New Mexico Philharmonic in Albuquerque. A graduate of The Juilliard School, James studied with Ricardo Morales, principal clarinet of the Philadelphia Orchestra. James has appeared as a soloist with the Oregon Symphony, New Mexico Philharmonic, Interlochen’s World Youth Symphony Orchestra (MI), and the Albuquerque Philharmonic (NM), and as guest principal clarinet with the Philadelphia Orchestra, the Malaysian Philharmonic Orchestra, Aspen Music Festival (CO), and Santa Fe Pro Musica (NM). In addition to his orchestral and solo activities, James is the co-artistic director of Chatter, an Albuquerque-based chamber music organization that presents more than 70 concerts per year. 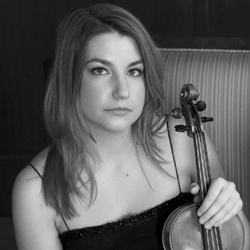 Violinist Emily Cole has been a member of the Oregon Symphony since 2011. An avid chamber musician, Emily has performed with several Portland-area ensembles including 45th Parallel Universe, Third Angle, fEARnoMUSIC, and Northwest New Music, as well as with Chatter ABQ in New Mexico. She has been fortunate to premiere chamber works of Caroline Shaw, Kenji Bunch, and James Shields. During the summer months, Emily has performed with the Oregon Bach Festival, Music in the Mountains, Seattle Opera, the Grant Park Festival Orchestra, and the Apollo Music Festival. She received her B.M. from the University of Texas at Austin as a student of Brian Lewis and her M.M. from the University of North Texas as a student of Emanuel Borok. 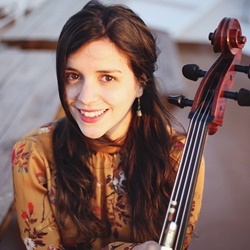 Texas native Laura Andrade is a Latina cellist who calls Austin home. She enjoys a diverse musical career as a solo, orchestra, and chamber musician. Laura is a prize-winning laureate of the 2019 Sphinx Competition and has been featured as a soloist with the Austin Civic Orchestra and San Antonio Symphony under the baton of maestro Ken-David Masur.

Laura has a passionate love and curiosity for chamber music. In the past, she has collaborated with members of the Juilliard, Borromeo, and Miró string quartets. She has performed at IMS Prussia Cove Open Chamber Music, Verbier Festival, and Accademia Isola Classica.

In 2019, Laura joined the New Jersey Symphony Orchestra as its inaugural Colton Fellow. She holds a bachelor’s degree and performer’s certificate from the Eastman School of Music, and a master’s degree from The Juilliard School. 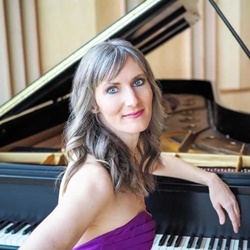 Hailed for her “sensitive, flexible, and tempestuous dexterity” (Fanfare Magazine), pianist Michelle Schumann has built a reputation for evocative and moving performances. Since 2006, Michelle has served as Artistic Director of the Austin Chamber Music Center, where she “is fearlessly expanding our definition of chamber music” (Austin American-Statesman). Her brand of performance includes an enthusiastic interplay with the audience and her trademark includes bringing diverse music together under a blanket of narrative events.

Schumann is artist-in-residence and professor of piano at the University of Mary Hardin-Baylor. She received a Doctor of Musical Arts degree from the University of Texas at Austin and additionally holds a Performance Diploma from the Vienna Conservatory.