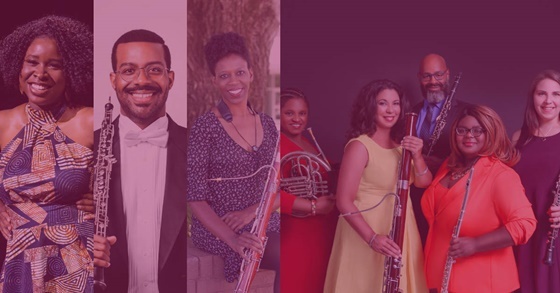 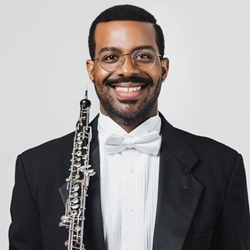 Titus Underwood is Principal Oboe of the Nashville Symphony Orchestra. Prior to Nashville Symphony Orchestra, he was Acting Associate Principal of Utah Symphony. He received his Master of Music from The Juilliard School, where he studied with Elaine Douvas, and additional studies with Nathan Hughes and Pedro Diaz. He earned his Bachelor of Music at the Cleveland Institute of Music as a pupil of John Mack. There he also studied with Frank Rosenwein and Jeffrey Rathbun. In 2013, he received his artist diploma from The Colburn School with Allan Vogel. Additional teachers include Anne Marie Gabriele, Robert Atherholt, and Joseph Robinson. Titus has performed with a wide array of major symphony orchestras across the United States. He has also played principal in Chineke!, Gateways Music Festival, and Bellingham Festival of Music. 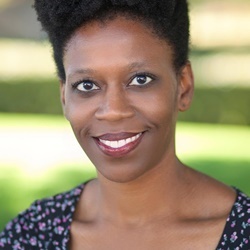 Maya Stone is a champion of music. She has commissioned and premiered several works by American composers. Recent projects include solo bassoon in Black Gospel Music, which includes collaborating with the composers Raymond Wise, Mark Lomax, and William Menefield.

Stone gives recitals and master classes around the U.S. regularly. She has been a member of the Sphinx Orchestra since 2008 and won the second bassoon position with the Huntsville Symphony in 2007. She has played at the International Double Reed Society Conference and performs regularly with orchestras around the South East. She is also a member of the Rushes Ensemble, which performs Michael Gordon’s piece of the same name; and Chatterbird, an alternative new music group that is unique to the Nashville, TN region. 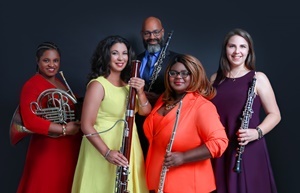 Adelante Winds, a “dynamic” multicultural chamber ensemble based in Central Texas focuses on educating and exposing audiences to a diverse range of composers and styles. After attending the Imani Winds Chamber Music Festival in 2012, founding members Sabrina Stovall and Ruth Aguirre were inspired to challenge their perspective on chamber music for wind players.

Adelante, which means forward, is the ensemble’s mantra in exploring new sounds and imaginative ideas for the woodwind quintet. The ensemble aspires to challenge itself and its audience to approach music in innovative ways. Their recitals often include compelling collaborations with groups such as the Olmos Basin Brass quintet and Grammy Award-winning percussionist Nina Rodriguez. 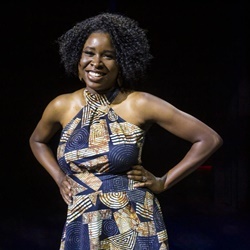 Described as a pianist with “power and finesse” (Dallas Arts Society), “beautiful and fiery” (KMFA Austin) and having a “sense of color, balance and texture” (Austin Chamber Music Center), Artina McCain has built a three-fold career as a performer, educator and speaker. Recent performance highlights include guest appearances with the Dallas Symphony Orchestra, Oregon East Symphony, and the Memphis Symphony Orchestra.