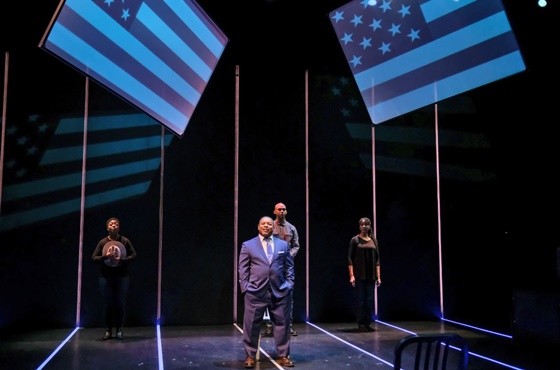 Cast of "Notes From The Field" at ZACH Theatre, photo by Kirk Tuck

As the country comes together to voice their dissent against countless injustices against Black Americans, ZACH Theatre in partnership with KMFA Classical 89.5 announced the online release of the 2019 critically-acclaimed production of Notes From The Field, a play by Anna Deavere Smith about racial inequity. Notes From The Field is streaming online for free now through Sunday, June 14 at midnight--no subscription is required, though you must reserve a ticket (at no cost) to gain access to the stream. Viewers are invited to participate in facilitated Community Conversations hosted over Zoom on Thursday, June 11 at 6:00 p.m. and Sunday, June 14 at 2:30 p.m. to reflect on the stories portrayed in the play, and discuss how we might move forward collectively.

ABOUT NOTES FROM THE FIELD:

One of the most acclaimed and provocative theatre artists of our time, Tony and Pulitzer Prize nominee Anna Deavere Smith (Let Me Down Easy, Fires In The Mirror, Twilight: Los Angeles) shares her "most ambitiousand powerful work to date" (Variety). Ms. Smith has devoted her lifetime to the continued conversation, which is now at a tipping point in our nation.

Recognized by the Austin Critics Table as Ourstanding Production of 2019, the play stars Michelle Alexander, Zell Miller III, Carla Nickerson, and Kriston Woodreaux in a timely story based on actual interviews conducted by playwright and actor Anna Deavere Smith. Notes From The Field is a provacative, revelatory play that explores individuals caught in America's school-to-prison pipeline in a racially divided nation, as they navigate inequities in their communities.

The 19 interview subjects in the play include key perspectives on the 2015 death of Freddie Gray that mirrors the devastating circumstances in the deaths of Georgy Floyd, Breonna Taylor, Ahmaud Arbery, Tony McDade, and Mike Romas, among others.

Age recommendation: 14 and up for strong language and mature content. Some images may be triggering.