Seeing Through the Fantastical in Nathan Felix’s "Alien" 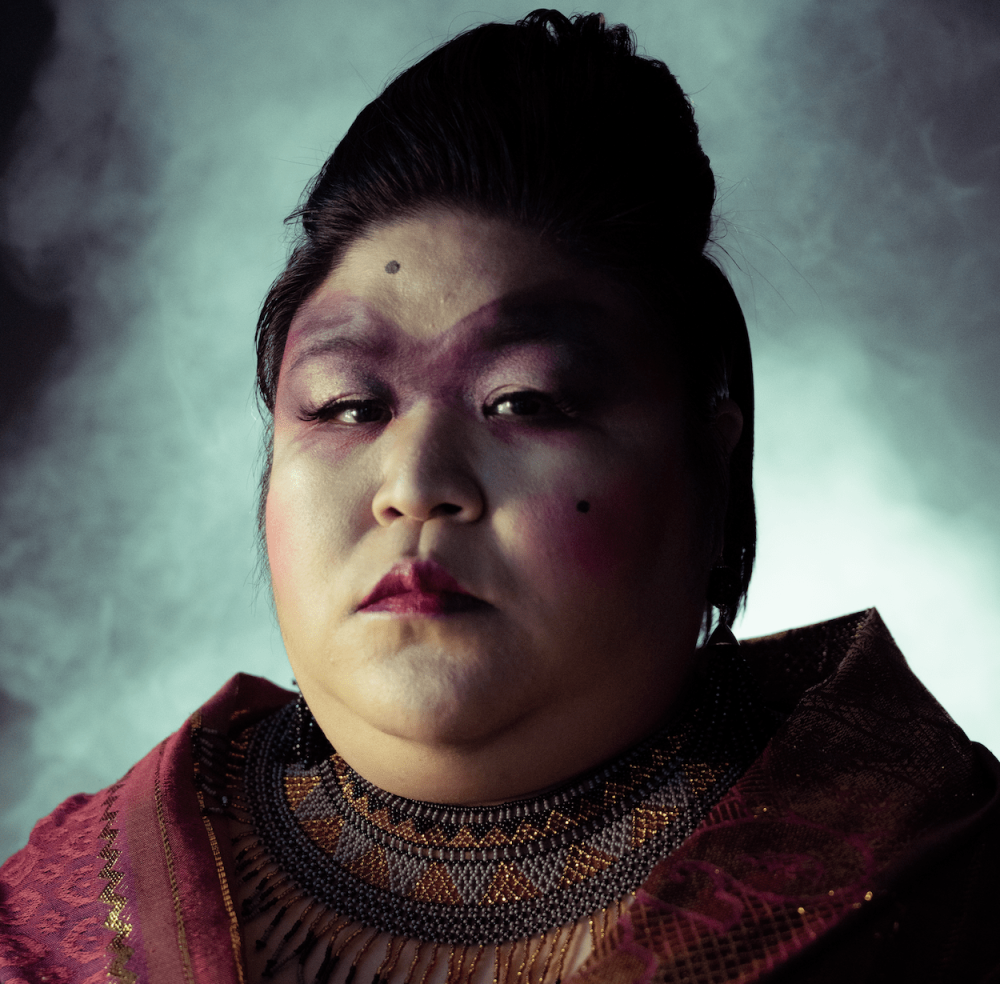 The operetta was commissioned by the Blanton in tandem with the arrival of its new exhibit, Medieval Monsters: Terrors, Aliens, Wonders, curated by the Morgan Library & Museum in New York. Medieval Monsters explores the sociological inspirations of Europe’s iconic illuminations from the Middle Ages and Renaissance. As the exhibit shows, the images of dragons, sirens, and griffins often represented institutions of power, calamitous events—and in particular inspiration for Alien—marginalized communities.

Nathan Felix was drawn to this aspect of Medieval Monsters when composing Alien, and sought to portray the transformative suffering of disparaged peoples in a moving, immersive operetta.

“We’re humans, we’re people, and yet we are seen as monsters in some people’s eyes,” he says. “How do you carry that weight? If someone attacks you or you feel underserved, you probably start to become this perceived monster. I dug into that, both how marginalized groups are treated but also putting it in their perspective—showing this arc of people first trying to accept that they’re an outsider, and how that’ll eventually weigh on a person.”

The performance is led by local soprano Katrina Saporsantos in a solo vocal performance specifically composed for her voice. In meeting Saporsantos at Panoramic Voices' annual Indie Orchestra Night, Felix was immediately drawn to her abilities. “She was singing in the chorus and I could always hear her voice because it’s so powerful,” says Felix. “She’s great at controlling it too, but I could always just hear it—it has a very special quality to it.”

For this operetta, Saporsantos will play the role of the narrator/character-agent in a three-part story of wavering self-identity: Wanderer, World, and Home. Alien Wanderer imagines a world as it once existed in history, a borderless land in which a people could freely live. In Alien World, those same people become reappropriated by outside forces, and become so-called aliens in their own environment. Alien Home concludes the journey where the now-aliens attempt to reconcile and make a home in this reshaped world.

Beginning in the atrium of the Blanton, the performance will be an "opera in motion." Audiences will be free to wander about as they please as Saporsantos and other instrumentalists move through the Blanton’s varied and acoustically-rich galleries.

Felix says of the performer-audience dynamic that “essentially we’re breaking down the stage, we’re just all in it together. For instance, Katrina will probably walk into a group of people at some point. It’s all part of the experimentation.”

While the project is based in a heightened, conceptual setting, Felix says that the themes that Alien is diving into serve a value in understanding cultural challenges that our society faces today. “I felt like I could write something really fantastical, but at the same time with our current political and social environment, I’ve kind of taken it upon myself as an artist to really try and represent the now and what’s currently going on in the world,” says Felix.

While the scale of the show is smaller than a traditional opera, Felix says that this is how he’s able to approach the subject matter in a more experimental, and ultimately more creative way. “When you have limitations, that’s part of being creative,” he says.

“How do I take what I’m limited with? My job as an artist or creative is to make something more out of it than what you could initially see.”