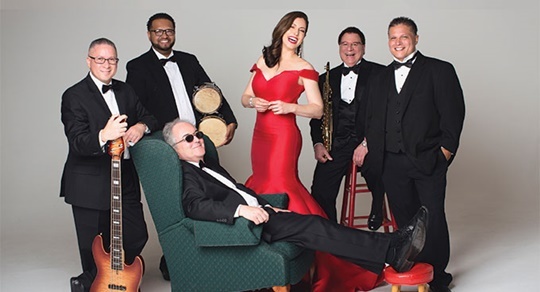 MAMBO KINGS Hot Latin Nights! The ASO and Mambo Kings will take you on a fascinating journey through the music of Latin America and the U.S. From the sultry melancholy of Astor Piazzola and the burning Afro Cuban jazz of Tito Puente, to the rhythmic playfulness of jazz great Dave Brubeck and the pop strains of The Beatles, Mambo Kings will be your guide on a Latin jazz tour of the Pan American experience, featuring original orchestral arrangements and compositions of music from the U.S., Perú, Argentina, Cuba and Puerto Rico.

KMFA Classical 89.5 is a proud media sponsor of your Austin Symphony Orchestra.

Founded in 1911, the Austin Symphony Orchestra is Austin’s oldest performing arts group. The ASO offers a complete season of musical and educational programming. Masterworks concerts include a series of eight concert pairs running monthly September through May in the state-of-the-art Joe R. & Teresa Lozano Long Center for the Performing Arts. Our season also features the Sarah & Ernest Butler Pops Series: October & February Pops at the Long Center and December & June Pops at Palmer Events Center. Programming for the entire family includes the Halloween Children’s Concert, and the Christmas in the Community, as well as the popular James C. Armstrong Youth Educations Programs, which include Children’s Day Art Park, Young People’s Concerts, High School Concert Tour and a variety of other school programs.

Acknowledging that there is no way to be certain that large concert halls will be safe by fall for patrons, musicians and staff, the Austin Symphony announced that its concerts now scheduled from September though December will be presented virtually.

Some concerts — such as Handel’s ‘Messiah’ and other big pieces — have been moved to January and beyond. Meanwhile, starting at the end of December, audience members will have the options of returning to the Long Center for the Performing Arts or continuing with online performances.